You are here: Home1 / Our History 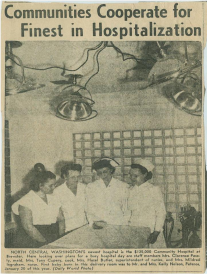 The communities of Bridgeport, Brewster and Pateros in North Central Washington decided in 1947 and 1948 that a 12-bed hospital was needed. All three communities solicited funds and hosted fundraising projects. After the project began, financial difficulties developed and the Board of Directors realized forming a hospital district was the only answer. The District was formed and tax monies made it possible to complete the 12-bed facility, which opened January 12, 1949.

On March 2, 1951, the facility was dedicated as McKinley Memorial Hospital in honor of Dr. Charles McKinley, one of the first physicians in the area.

In 1954, a waiting room and offices were added to the hospital, and 26 patients were being treated in the 12-bed facility.

With the construction of Chief Joseph Dam in Bridgeport and an influx of new residents throughout the district, it soon became apparent the hospital was no longer adequate and could not be made so by state standards, so plans began for a new hospital.

The hospital district boundaries at the time included Duley Lake, Monse, Brewster, Pateros and the lower Methow areas. However, patients were coming from northern Douglas County and the upper Methow Valley. It was decided that the first step toward expansion was to enlarge the District. This was done by consolidating District No. 2 (upper Methow to Mazama), and annexing the Douglas County areas around Bridgeport and Mansfield. A name for the new district area was needed, so then-Administrator Howard Gamble named the district Okanogan Douglas County District Hospital.

The new 35-bed hospital opened on June 13, 1959 after a bond issue was authorized by the voters. As an additional part of that bond, the voters also agreed to a remodel of the old building into a 36-bed nursing home that was completed at a later date.

With the opening of a new private assisted living facility in Brewster in 1969, all of the nursing home residents were moved, allowing for the utilization of the old hospital for ancillary departments including physical therapy and medical records, plus a conference room and offices for purchasing and administration. 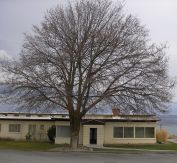 In 1973, again due to an extreme bed shortage and the need to enlarge and remodel some areas to meet improved building and operation standards, the voters authorized expansion of the facility to 50 beds. That was accomplished with extensive remodeling in 1959. This construction allowed the hospital to have new surgery suites, a surgical recovery room, a completely separate coronary care unit, a pediatrics room, a bigger laboratory, and larger waiting room.

The voters authorized the construction of an eight-bed Intensive Care Unit in 1984. This addition, along with some remodeling, helped the hospital grow to a total of 48 beds. 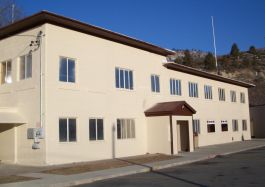 In 1986 the west wing was converted from patient rooms to ancillary service areas, and in 1987 a nuclear medicine department was added. In 1988, radiology and respiratory therapy were moved and remodeled, which resulted in a 43-bed facility. From 1998 through 2010, Okanogan Douglas County District Hospital continued adding services requested by hospital district residents, including the Healthbeat Fitness Center, Advantage Durable Medical Equipment, and the Health and Wellness Center. During 2011, the business and administration offices were moved into the former Hillcrest House building at the north end of the campus to provide easier access and help allow space for needed patient care services elsewhere in the hospital.

Towards the end of 2011, the Board of Commissioners decided it was time to change the name of the hospital. A public contest was held within the district and from more than 100 contest entries, the name “Three Rivers Hospital” was selected. While the official name of the hospital remains Okanogan Douglas County District Hospital, we do business as Three Rivers Hospital.

In April 2020, we bid a sad farewell to our award-winning obstetrics program, as these services for Okanogan County became centralized at Mid-Valley Hospital in Omak. Three Rivers supported this decision to preserve OB services for our communities, as there were too few providers practicing obstetrics to meet the need for all three hospitals in the county.