After nearly nine years serving on the Three Rivers Hospital Board of Commissioners, Vicki Orford submitted her resignation effective December 31, 2019. 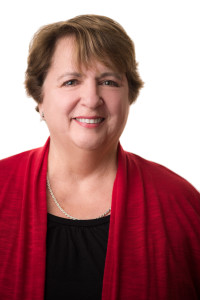 “I’ve enjoyed it a lot, but I’m ready to move on,” Orford said at the board’s regular meeting on December 4. “The board is a really great board. It’s great to know that we’re all going toward the same goal as far as what we want this hospital to be.”

“On behalf of the public hospital Board of Commissioners, administration and staff of this medical facility, and the people of our public hospital district, I would like to thank Vicki Orford for her many years of service, dedication, and leadership,” Chairman Mike Pruett stated.

“Vicki has helped to guide our district and hospital through times of struggle and through many major accomplishments,” Pruett added. “Her advocacy and leadership style has helped to bring consistency and direction to both the hospital and the governing board. All of us are grateful for the time and energy she has brought to her positions.” 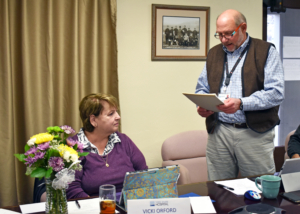 Chairman Mike Pruett reads a statement honoring Orford at her last regular Board of Commissioners meeting on December 4, 2019.

Orford was appointed to the board on February 28, 2011, and voters re-elected her to a six-year term in 2017. She took the helm as board chair in January 2014 and continued until January 2019, when the board unanimously voted for Pruett to take on the role. In turn, she was elected as vice chair.

Longtime commissioner and board secretary Tracy Shrable credited Orford with introducing changes for the better at the hospital.

“She didn’t come on [to the board] quietly,” Shrable said.

“The hammer fell, and that was instrumental. It needed to be done and Vicki did it. From then on, changes started to happen. Thank you.”

Orford said she accomplished the goals she set out to do when she first joined. She began her service by encouraging the board and administration at the time to address areas that were not sustainable. Over the years, she has championed being responsible stewards of public funds. She also encouraged board members to become involved with the communities and key hospital committees in order to make more informed decisions.

“The rest of the stuff has kind of fallen into place because everybody else could see, too, that it needed to be done,” Orford said. 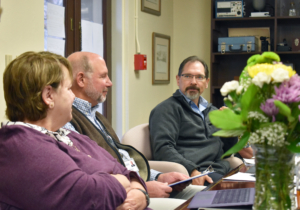 Board Secretary Tracy Shrable, far right, thanks Orford for the positive changes she helped bring to Three Rivers Hospital.

Along with Shrable, she served throughout her tenure on the hospital’s Finance Committee. She also introduced board education at their monthly meetings. Topics have ranged from internal processes to Open Public Meetings Act training and the hospital’s advocacy for rural healthcare on a state and federal level.

Administration presented Orford with a certificate of appreciation, flowers, and a card during her last meeting on December 4.

“Vicki was faithful, active, and uncompromising in her support of TRH,” Commissioner Leslie McNamara said. The board appointed McNamara to fill a vacancy in 2017. “Her leadership was inspiring and goal-oriented, meeting and surpassing even her own benchmarks. As a person who was not afraid to voice her opinions or concerns, I respected her input as well as her model as board chair. She will be greatly missed as a member of our board.”

Chief Executive Officer J. Scott Graham said he’s sorry to see Orford go. He thanked her for her unwavering support since he was hired in April 2014.

“I really have appreciated working with Vicki,” Graham said. “She was the board chair when I came on and has been super supportive of me, and she is responsible to a large degree for my development here at the hospital… because of her leadership and drive and desire for the hospital.”

Three Rivers will soon seek letters of interest from residents in the hospital district who would like to serve on the Board of Commissioners. The person appointed to fill the vacancy would serve until the 2021 general election, at which point they could file for election to keep the position.